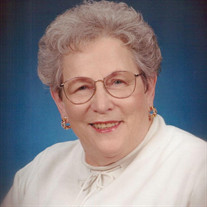 Anna Rose Spadoni Pulley was born to Dominick Spadoni and Mary Fiorentina Spadoni in Chicago, IL on April 27, 1929. Anna was born to Italian Immigrants. She had 1 older brother, Harry, and 1 younger brother, LeRoy, both who predeceased her. She spoke fluent Italian. After her High School Graduation where she studied to be a secretary, she became a Legal Secretary. In 1952 she married the love of her life, Bob (Bobby Lee) Pulley, and was married for 67 years before Bob predeceased her by 13 months. Anna placed her family first. She was a dedicated wife to her husband and mother to her 2 children, Gail and Robert, their spouses and families. There was nothing she wouldn’t do for them. Anna was a strict taskmaster to her children. You studied, did your homework and didn’t mess around with your studies. She wanted her children to excel. And you better not lie. When Anna was 44 she decided to return to school to get her Certificate in Legal Technology and became a Paralegal. In her words “After almost 20 years as a glorified Legal Secretary and doing all the research etc., I might as well get paid for the work I’m actually doing.” She was excellent in the legal field and really should have been an attorney. She was highly sought after by the Chicago Lawfirms. Anna raised her family in Chicago and then when her children and grandchildren moved to Texas she and Bob packed up and followed them to Texas. Anna was a strong woman, with strong values, highly intelligent and had a wonderful personality and sense of humor. She loved to travel, especially when she would go back to her parents Village in Italy. She loved to tell stories. She will be greatly missed and forever admired. Anna is survived by her Daughter Gail Ann Gagnon (husband Robert), Son Robert Lee Pulley (wife, Terri), Grandchildren Robert Gagnon Jr. (wife Andrea), Andrew Pulley, Angela Mason, Heather Minor and Marina Pulley and Meghan Pulley, Great-Grandchildren Gracie and Aubrey Gagnon, Alex Ishchenko and Jarrett Mason, Joseph Carter and Savannah Minor.

Anna Rose Spadoni Pulley was born to Dominick Spadoni and Mary Fiorentina Spadoni in Chicago, IL on April 27, 1929. Anna was born to Italian Immigrants. She had 1 older brother, Harry, and 1 younger brother, LeRoy, both who predeceased her.... View Obituary & Service Information

The family of Anna Rose Pulley created this Life Tributes page to make it easy to share your memories.

Send flowers to the Pulley family.