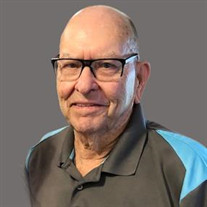 Bobby “Bob” Wayne Bryant of Fort Worth, Texas went peacefully to be with the Lord on May 27, 2022 surrounded by his family. Bob was born to Marvin and Virgie (Chasteen) Bryant on September 7, 1933 in Mansfield, Texas. He spent his formative years growing up in Baytown, Texas near Houston. Bob enlisted in the United States Navy in 1951 and honorably served his country in the Korean War rising to the rank of MM3. He received numerous decorations including good conduct in his service in China and the Presidential Unit Citation during the Japanese occupation. He went on to pursue a career as a master barber for over forty years before retiring in 1995. Bob married the love of his life, Beatrice “Bea” Williams on December 31, 1955. They spent 66 wonderful years together. Bob was a husband, father, and man of God. He was member of the Fielder Church – South Oaks Campus, where he was a Deacon and he taught the Toppers Class at South Oaks for over 25 years. He was also an avid golfer and Grandaddy to five grandchildren and three great-grandchildren. Bob was preceded in death by his parents, Marvin and Virgie Bryant; his brothers, Jim Bryant, George Bryant, and Otis Bryant; brother-in-law, Bob Worrell; sister-in-law, JoAnn Robertson and brother-in-law, Morris Robertson. He leaves behind to cherish his memory his loving wife, Beatrice Bryant; daughter, Karla Newman; sons, Brad Bryant and wife Nancy, Keith Bryant and wife Adrienne; grandchildren, Kourtney Redden and husband Sammy, Rebekah Poisson and husband Matt, Candace Cavallo and husband Matt, Will Bryant, Ben Bryant and wife Ashley; great-grandchildren, Gloriana and Casey Redden and Luke Cavallo; brother, Eugene Bryant and wife Jonell; sister-in-law, Shirley Seeton and brother-in-law, Jerry Seeton; sister-in-law, Pat Worrell; and numerous extended family and friends. A visitation will be held at Blessing Funeral Home Tuesday, May 31, 2022 from 6:00PM to 8:00PM and Funeral Services will be held in the Blessing Colonial Chapel Wednesday June 1, 2022 at 10:00 AM. The Family has asked for donations to be made to Wycliffe Bible Translators, Inc. PO Box 628200 Orlando, FL 32862-8200 or online at www.wycliffe.org with a preference for the Wycliffe Ministry of Beverly Mosley Acct # 230735 in Memory of Bob Bryant.

Bobby &#8220;Bob&#8221; Wayne Bryant of Fort Worth, Texas went peacefully to be with the Lord on May 27, 2022 surrounded by his family. Bob was born to Marvin and Virgie (Chasteen) Bryant on September 7, 1933 in Mansfield, Texas. He spent his... View Obituary & Service Information

The family of Bob W Bryant created this Life Tributes page to make it easy to share your memories.

Send flowers to the Bryant family.