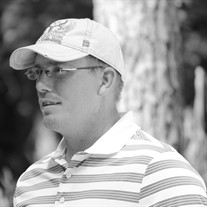 Wesley "Bryan" Hogan, aged 39 passed away suddenly in his home on August 15, 2019. He was the youngest of 5 children, born to Luther and Fae Hogan on May 28, 1980, on the same day as his oldest sister, Angela. As Bryan would tell everyone,... View Obituary & Service Information

The family of Bryan Hogan created this Life Tributes page to make it easy to share your memories.

Wesley &quot;Bryan&quot; Hogan, aged 39 passed away suddenly in his home...

Send flowers to the Hogan family.