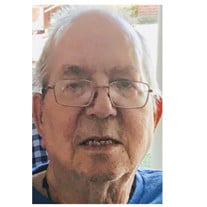 On January 24, 2020, Buster Crowson closed his eyes, after an extended illness, and when he opened them again, he was in the presence of his heavenly father. He was freed from his suffering and was blessed with perfect peace. Buster entered into this life on February 18, 1947, in Clarksville, Arkansas. He was 1 of 9 children and was the last child of William and Ruby Crowson to enter into eternal life. What a wonderful, heavenly reunion awaited him! Buster was a good man, a navy man, a fisherman, a hunter, an archer, a father, a grandfather, a friend, a son, a brother, and husband. He had a very full life, and he enriched the lives of the family and friends he touched. Buster was a kind, compassionate man with a great sense of humor and an outstanding work ethic. After his military service, where he served in the Vietnam war, he made his way to General Motors in Arlington, Texas and remained at General Motors until his retirement. He was married to Sharon Crowson in April of 1985, and between them, they have 7 children who feel very blessed to have had him in their lives. Buster's committal services, with military honors, took place on March 20, 2020, at the Dallas Fort Worth National Cemetery. He was preceded in death by his father and mother, William and Ruby Crowson; his father in law, Thurman Self; his brothers, Jack Crowson, Bob Crowson, Tony Crowson, Joe Crowson, and Bill Crowson; his sisters, June Cagle, Sue Douglas, and Sonya Kuykendahl. Buster is survived by his wife, Sharon Crowson, his mother in law, Faye Self Sweet; his sister in law, Carmen Coker, and husband, Ron; sons, Jason Crowson, Matthew Crowson, Shane Crowson, and stepson, Jon Allbright; his daughters, Tracy Newsome, Cassandra Wright, and husband, Austen; step-daughter, Amber Knapp, and husband, JC; as well as loving grandchildren, great grandchildren, nieces and nephews. We know that we will see Buster across the river, and we will dwell, together, in the house of the Lord, forever.

On January 24, 2020, Buster Crowson closed his eyes, after an extended illness, and when he opened them again, he was in the presence of his heavenly father. He was freed from his suffering and was blessed with perfect peace. Buster entered... View Obituary & Service Information

The family of Buster Don Crowson created this Life Tributes page to make it easy to share your memories.

Send flowers to the Crowson family.