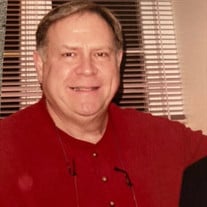 Charles (Chuck) Berger, 71, of Arlington, passed away Wednesday February 16, 2022. Chuck was born on December 31st, 1950 to Charles and Helen Berger of Lebanon, Pennsylvania. In 1968, he graduated from Elco High School. Post high school, he enlisted in the United States Air Force. While enlisted, he met Lisa Kirby and on December 22nd, 1973 they were wed in Schaefferstown, Pennsylvania. After discharging from the Air Force, he obtained his teaching degree from Millersville University, after which they moved to Texas. He went on to enjoy a fulfilling and lengthy career pursuing his passion for teaching math. During his 30+ years of teaching he taught in the Arlington Independent School District. He retired in 2010 from Arlington High School. He enjoyed many hobbies including woodworking, a passion for studying the Bible, watching soccer, and rooting for the Dallas Cowboys every game day. He was known for his sense of humor and his ability to make everyone around him laugh. He was a member of First Baptist Church of Mansfield where he taught Sunday School. He is survived by his wife, Lisa Berger of Arlington, his daughters, Beth Nichols of Madison, Alabama, and Sara Horton of Arlington, Texas. He is also survived by his sister, Suzanne Mentzer of Schaefferstown, Pennsylvania, many nieces and nephews, and 5 beloved grandchildren. He is preceded in death by his parents Charles and Helen Berger. Military Services will be announced at a later date.

The family of Charles Calvin Berger, Jr created this Life Tributes page to make it easy to share your memories.

Send flowers to the Berger family.