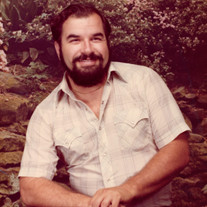 Chuck Kist passed away July 26, 2019. Born September 5, 1940, he was 78 years old. He is survived by his loving wife Mitzi, his daughter Jennifer, and his sons Charles and Christopher. Chuck’s life began in Chicago with his mother Barbara. At the age of six his adopted father Leonard arrived and brought with him a new sister, Beverly. Chuck was later blessed with three sisters – Candice, Barbara, and Rosemary – and three brothers – David, Edward, and Kevin. Chuck enlisted in the navy at the age of eighteen in 1958. His naval career began in the naval reserves as a flight crew supervisor and later an aircraft maintenance chief. He was appointed Aviation Fuels Chief on the USS Guam, where he later served as Chief Master at Arms. Chuck then served as safety officer and instructor at the Lakehurst, NJ Air Technical Training Center. He was once again appointed to ship duty on the USS America as the Enlisted Safety Manager where he oversaw safe operations of the ship’s crew. During his 27 years of service he was recognized for and presented the good conduct award three times. Chuck retired from the navy in 1985. In civilian life, he continued to promote a safe work environment after moving to Texas and serving in the safety departments for LTV, University of Texas Arlington, and University of Texas Southwestern. He was an active participant in the American Society of Safety Engineers, serving as local chapter president at one point. In his free time, Chuck enjoyed spending time or talking with his children more than anything else. He also was an avid aircraft, naval ship, and locomotive enthusiast, spending hours reading books about any of the subjects. He spent even more hours reading novels ranging from fantasy, mystery and spy thrillers, westerns, and historical non-fiction. He also collected model trains. Chuck was a lifelong Chicago Cubs fan, and went to any lengths to be able to watch a game, hollering “CUBS WIN!!” whenever a game ended in their favor. He was very interested in his Scottish heritage, participating in local Scottish games celebrations and explored his genealogy through both physical and electronic records. He enjoyed attending local airshows and air museums, where he inspected every plane. He loved to travel and visit his family all across the US. Despite enjoying living in Mansfield, Texas for over 30 years, he always looked fondly on his time in Chicago and Wisconsin. Having lived a long, happy life, he leaves those of us who knew him with nothing but love and strength.

Chuck Kist passed away July 26, 2019. Born September 5, 1940, he was 78 years old. He is survived by his loving wife Mitzi, his daughter Jennifer, and his sons Charles and Christopher. Chuck&#8217;s life began in Chicago with his mother Barbara.... View Obituary & Service Information

The family of Charles Edward Kist created this Life Tributes page to make it easy to share your memories.

Send flowers to the Kist family.