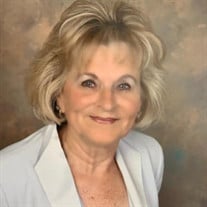 Frances Norine Wylie was born in Forston Texas, December 18, 1929 to parents Fred and Jewel Reynolds Futch. To her immediate family, she was given the nick name “Skeeter” and is still called that to this day. She is survived by her sister Freddie Ray Curtis of Waxahachie, nephews Larry Curtis, and Michael Curtis, niece Rhnea Curtis Barnes, Bridgett Borden, and numerous great nieces and nephews & great great nieces and nephews. She is also survived by her God Daughter, Carolyn Noonan, who has been with her many years, in the role of a daughter, not naturally born to her. Frances was preceded in death by her husband of 53 years, Lee Roy Wylie, parents Fred and Jewel Futch, and her brother John Truman Futch. Frances and Lee were married in her parents’ home February 8, 1957 and were a devoted couple until Lee passed away March 10, 2010. Frances worked for the Southern Baptist Radio and Television Commission in Fort Worth, Texas from 1963 until her retirement in 1993. Once retired, Frances and Lee enjoyed working together in their wood shop, going to Art and Crafts events, raising a garden every Spring, and even some hay and cattle work. And shopping! She loved to shop. A devoted Christian, Frances spent many years as a member of the First Baptist Church of Mansfield Texas. She was dedicated to Christian service, and her church family. Some of her fondest memories are with other church members, and the ladies of her Sunday School class. She worked in the kitchen for special events and is still widely remembered for her Mac and Cheese. She served on many church committees over the years, doing the work of the Lord. In addition, Frances was a Sunday Front Door Greeter, always with a smile and kind word for everyone coming into the Sanctuary. During the last few years of her life, she lived in Granbury, Texas, where she gained more admiring friends. It was during that time she took up painting, and became known to her neighbors and staff members, as the “resident artist” of Waterview Senior Living. She is much loved by her family, and all her many friends. She will be forever remembered for her spunky ways, cheerful outlook, and her own personal sense of style.

Frances Norine Wylie was born in Forston Texas, December 18, 1929 to parents Fred and Jewel Reynolds Futch. To her immediate family, she was given the nick name &#8220;Skeeter&#8221; and is still called that to this day. She is survived by... View Obituary & Service Information

The family of Frances Norine Wylie created this Life Tributes page to make it easy to share your memories.

Send flowers to the Wylie family.