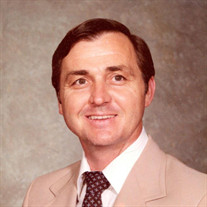 George Polster, 77, passed away September 5, 2020 in Dallas. George was born to Otto Theodore and Eula Lucille (McClure) Polster on December 12, 1942 in Marlin, Texas. George met Jacqueiline Eakens at the Brush Arbor Church Revival, in 1958. They’re meeting would begin 57 years of loving and being by each other’s side. George attended Graham High School in Graham, Texas. After graduation, he moved to Fort Worth and attended IBM school. Approximately 4 years after IBM school, in 1964, George joined Cummins Southern Plains, in San Antonio, Texas. He was drafted into the U.S. Army, in 1966, and served 9 months in the Vietnam War as an Army Medic and a total of 2 years as an American Soldier. George was awarded a Bronze Star and Purple Heart for his actions and service for our country in Vietnam. Shortly after leaving the Army in 1968, George returned to Cummins Southern Plains, in Arlington, and served for 45 years, retiring in 2009 as the Director of Field Service Engineering. George was a very generous person. Even with hardships of the Vietnam War, surprisingly, he would tell war stories and his experiences in Vietnam and it did not bother him to speak about his experiences. George connected with people and was a very civic minded person. He maintained relationships with city government officials to make sure the city was running properly and was on a first name basis with many. George made sure all was prepared for his wife, Jackie. A phenomenal husband and loving father, he provided for his family and enjoyed spending time with them, especially the holidays. He was a man who could fix anything that was broke and was an exceptional auto, and diesel, mechanic. George is preceded in death by his parents, son Wayne Alan Polster and sister, Clorenda Joyce Wadley. George is survived by his wife, Jackie, son Bennett (wife Cherie), sister Loydell Paul and brother-in-laws Don Paul and Harry Wadley.

The family of George Wayne Polster created this Life Tributes page to make it easy to share your memories.

Send flowers to the Polster family.