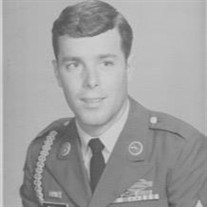 George Lawrence Runyan lost his long battle with Parkinson’s Disease on Friday May 28, 2021 at 73 years old. Better known as Larry, he was born in Gallup, New Mexico on March 1, 1948 near a Navajo reservation. He attended Elida New Mexico High School, the New Mexico Military Institute, and received a track scholarship to New Mexico State, but was drafted into the Vietnam War after he left school and lost his student deferment in 1968. He served in the 9th Infantry of the U.S Army. While exposure to Agent Orange was the cause of Parkinson’s, he never regretted his military service. He always said that it gave him the discipline to be successful later in life. After returning from Vietnam, Larry was married to Janie Rutland on June 27, 1970, in Lawn, Texas. He was able to complete his education through the GI Bill and received a Bachelor’s Degree in Education, from Texas Tech University. Both of his children also went on to pursue degrees in higher education. Larry intended to be a teacher, but ultimately founded the Professional Marketing Company after years of working in the food industry. He went on to achieve great success through decades of hard work and dedication. He had a passion for travel both domestically and internationally that he passed along to his children and grandchildren. In 2008, 40 years after serving in Vietnam, he returned there to see a new Vietnam and visited the places that were so fundamental in shaping him as a person. Larry was a huge sports fan. If he wasn’t watching sports, he was attending the activities his grandchildren participated in, or taking them to see the Rangers and Cowboys play live. He enjoyed working with his hands by landscaping, building decks, and at least attempting to repair everything that was broken both inside and outside of the house. He always installed the door knobs backwards. Always. He may be gone but he will never be forgotten. Descansas en paz. Walt Whitman (an excerpt) Leaves of Grass The smallest sprout shows there is really no death, And if ever there was it led forward life, and does not wait at the end to arrest it, And ceas’d the moment life appear’d. All goes onward and outward, nothing collapses, And to die is different from what any one supposed, and luckier… And as to you Death, and you bitter hug of mortality, it is idle to try to alarm me…. I bequeath myself to the dirt to grow from the grass I love, If you want me again look for me under your boot-soles. Larry is preceded in death by his parents, Richard Propps and Patricia Harvey; sisters, Pat Manor, and Carol Hunter; brothers, Donald Propps, and Steve Runyan. He is survived by his wife, Janie; children, Shawn and Jennifer; grandchildren, Cornell, Ivi, Bela, Isaac, and Austin; brothers, Greg Propps, Kenny Propps, Steve Propps, and Kenny Runyan; sisters, Karen Garcia, Ramona Lentz, Sandy Burnett, and Robin Bennett. In Lieu of Flowers: Donations can be made to Punching Out Parkinson’s, 76116 Camp Bowie West, Fort Worth 76116 https://punchingoutparkinsons.org/

George Lawrence Runyan lost his long battle with Parkinson&#8217;s Disease on Friday May 28, 2021 at 73 years old. Better known as Larry, he was born in Gallup, New Mexico on March 1, 1948 near a Navajo reservation. He attended Elida New Mexico... View Obituary & Service Information

Send flowers to the Runyan family.