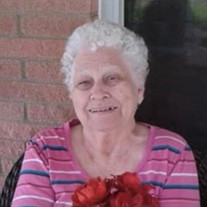 Geraldine &#8220;Jerry&#8221; Tabor, 89, of Kennedale, Texas, passed away Tuesday, May 21, 2019 in Kennedale, Texas. Jerry was born in Coleman, Texas on May 1, 1930, the daughter of Clifford Kirkpatrick and Bertha Horton Kirkpatrick. She married... View Obituary & Service Information

The family of Geraldine "Jerry" Tabor created this Life Tributes page to make it easy to share your memories.

Send flowers to the Tabor family.