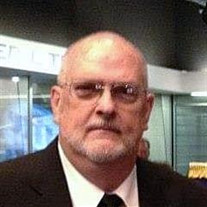 Dr. James "Jim" Charles Wilson, 79, passed away Saturday, September 14, 2019 in Arlington, Texas. MEMORIALS: In lieu of flowers, the family request donations be made to Addy's Hope Adoption Agency, 1101 W. Illinois Avenue, Midland, TX 79701 http://www.addyshope.org/ James “Jim” Charles Wilson was born April 17,1940 In Fort Worth. After graduating from Arlington Heights High School in 1958 he attended Texas A&M. He was a proud member of the Aggie Corps and made his focused field of study in the Veterinary Medicine program. When he graduated from A&M in 1963, he began his military service in the U.S. Army, serving from 1964-1969. During his service years Jim spent 3 years stationed in Denmark as part of the Diplomatic Corps and he served 2 years in Vietnam. He left the Army at the rank of Major. He began his veterinary practice after leaving the Army. He worked in a number of places and enjoyed life to its fullest wherever he was. Animals and people are what made him truly happy. Worked as a House Call Vet for 23 years and then started Alamo Pet clinic in Arlington in his final 10 years of active practice. He continued to work from time to time with his house call services after he retired and until his health began to fail. Jim was married twice before meeting the love of his life, Vesta Taylor Kohrman. From his first marriage came his only biological child, his son, Noel Wilson. In 1980 he met and married Vesta, and her 5 children; Lee Kohrman, Jeff Kohrman, Ray “Duffy” Kohrman, Shawn Kohrman and Tammy Kohrman. They joined their two families in 1980, with a combined household of eight. After 39 years together their family now numbers at 32, including spouses and grandkids and great grandkids. Jim passed away on September 14, 2019 in Arlington. He was preceded in death by his parents, Charles “Charlie” Wilson and Reba Camp Wilson; stepmom, Mary Denton Wilson; his brother, Jerry Wilson; and son, Noel Wilson. He will be cremated, and his remains will be placed to rest at DFW National Cemetery in a private ceremony to be held at a later date. That is the summary of his life, but his life was so much more than the facts. Jim was a big man who loved and lived far bigger than his own stature. His early years were lived in and for the world and Jim had a great time while in that place. However, he found God in the midst of his playboy ways and was never the same again. He loved God, was grateful for the salvation and mercy he received and turned his life into a living testimony of God’s mercy and grace, love, humor, and joy! He let his gifts be used by God in anyway God asked of him. He lived by and on faith most of his adult life. He had the best and worst seasons of his life as a believer, but he never lost his joy, his vitality, his exuberance, or his faith. He just lived out loud, spoke openly to anyone who would listen, laughed without hesitation and cried when he was moved by something. He was full of life, wisdom, passion, and joy. We will all miss our dear friend and father. Life will be a lot quieter without Jim filling the airways with his laughter, his stories, his piano playing, his political opinions, but especially his unabashed love for the Lord. All that he poured out so willingly upon us all will resonate when we carry forward and share his living years messages of living for the Lord, loving others in spite of our differences, standing up for what you believe in, and openly sharing your faith and God’s love with others, for you may never know when God is using you to change a life for the better. That was Jim!

The family of Dr. James "Jim" Wilson created this Life Tributes page to make it easy to share your memories.

Send flowers to the Wilson family.