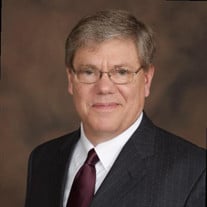 John Albert Van, beloved husband, father, brother, and grandfather, passed away on Thursday, October 8, 2020, in Mansfield, Texas at the age of 62. John was born on January 13, 1958, in Abilene, Texas to Joseph Nathaniel Van and Martha Turk. He was raised in Ft. Worth, Texas with his older siblings, Vikki and Deborah. He graduated from Paschal High School in Ft. Worth and attended college at the University of Texas, Arlington. John held two Bachelor's degrees, one in Accounting and one in Economics. He worked as a Senior Network Cost Analyst at Bandwidth. Before joining Bandwidth, he worked as a Vendor Cost Manager with Verizon and an Internal Auditor at AAFES HQ in Dallas, TX. He also spent several years as an Arlington Fireman. He always felt his greatest achievement was in raising his three children, Jacob Van, Megan Mullikin, and Matthew Mullikin. His greatest joy was watching his kids play various sports throughout their grade school, high school, and college years. He coached his daughter's basketball and volleyball teams, and his sons' t-ball, basketball, and football teams. He spent many years in various sports venues and logged thousands of hours in youth sports as a spectator and coach and loved every minute. John played tennis in high school and club volleyball in college. He had a lifelong love/hate relationship with the game of golf and spent many hours on the driving range trying to perfect his golf swing. John is preceded in death by his father, mother, and sister, Vikki. John is survived by his wife, Sarah; son, Jacob, daughter, Megan Mullikin; son, Matthew Mullikin; sister, Deborah Van; grandson, Asher Trimble; and son-in-law, Austin Trimble. John will be remembered for his kind spirit, generous nature, and his genuine interest in others. He never met a stranger and could find common ground to strike up a conversation with anyone who crossed his path. For family and friends closest to him, John will be missed for his big heart, his steadfast loyalty, his infinite patience, his thirst for knowledge, his unique taste in music (and even more unique taste in films), and his ability to laugh at himself. As a husband, father, brother, and friend, he was loved and will be sorely missed. There is a 60 person occupancy limit in Blessing Colonial Chapel. Also, all persons are required to wear masks inside the chapel. John Albert Van's service can be viewed on video at the following link: https://video.ibm.com/channel/23866912/video/98thhs

John Albert Van, beloved husband, father, brother, and grandfather, passed away on Thursday, October 8, 2020, in Mansfield, Texas at the age of 62. John was born on January 13, 1958, in Abilene, Texas to Joseph Nathaniel Van and Martha Turk.... View Obituary & Service Information

Send flowers to the Van family.