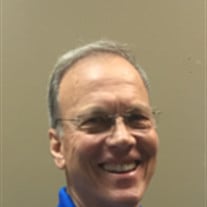 Kenneth “Ken” Wayne Black was born on December 1, 1948 in the small town of Powellton, West Virginia. Ken, “Kenny” as he was affectionately called by his wife, passed away peacefully with his family by his side on March 5, 2022 in Dallas, Texas. Ken spent his childhood years in WV where he demonstrated his life-long love of sports playing football, basketball, track and baseball. He graduated with honors from Nuttall High School in 1967 earning full athletic and academic scholarships. He went on to study at West Virginia University Institute of Technology in Montgomery, before transferring to West Virginia University in Beckley, WV. Next he began his career working as an ironworker in the Rod-patch in Washington, D.C.. He met his loving wife, Debbie, in July of 1979. It was love at first sight and they actually talked of marrying that very night and exactly four months later they did marry. They initially lived in Centreville, Virginia but she moved with him up and down the East Coast wherever his career took them. They raised two amazing sons, Ken and Nick, settling in the DFW area of Texas in 1996. Ken and his wife have been members of First Methodist Church Mansfield for over 25 years. Ken worked his way up in the construction industry to Operations Manager for VStructural, LLC. Ken’s career permitted him to travel extensively and Debbie would sometimes accompany him on these trips. He retired in 2017 to enjoy more time with his beloved family, helping his son build his roofing business, being “Push-over Pop” to his grandson, golfing, traveling and RVing. Shortly after retiring, Ken was diagnosed with Idiopathic Pulmonary Fibrosis. Three of his nine siblings have also had this familial form of IPF for which there sadly is no cure. In August 2021 Ken received a single lung transplant which enabled him to enjoy a few of his favorite things such as participating in his youngest son’s wedding in October 2021 and enjoying a game of golf with his eldest son without having to use supplemental oxygen. We had hoped for many more opportunities to create more precious memories with him but he passed unexpectedly and God called him home. Ken was preceded in death by his parents, James Woodrow Black and Mildred (Null) Black, a sister, Janet Lee Black and seven brothers, James Delano Black, Milton Lee Black, Charles Ray Black, Alvin Barkley Black, Jerry Allen Black, Ronald Eugene Black and Perry Dean Black. Ken is survived by his loving wife of 42 years, Debra “Debbie” (Compton) Black; two sons, Kenneth “Ken” Wayne Black, II and his fiancé, Tammy, and Nicholas “Nick” John Dennis Black and his wife, Kimmi; a grandson, Casler Lane Black; two sisters, Betty Joe (Black) Karst and Charlotte Ann (Black) Cordle; his mother-in-law, Joan (Herold) Compton; several beloved sisters-in-law, nieces and nephews; and a host of other family and friends who dearly love him, including Casler’s mother, Toni Gooding. The family is especially grateful to their primary care physician, David N. Podgurecki, MD and to the Lung Transplant Team at UTSW for the amazing care and support they have provided for Ken. A Celebration of Life will be held Saturday, April 9, 2022 at 1 pm CT in the Sanctuary at First Methodist Church Mansfield, 777 N Walnut Creek Drive, Mansfield, TX. For those who are unable to attend and wish to be with us virtually the service honoring Ken will be live-streamed at www.FMCM.org/funeral. Memorials in honor of Ken may be made to The Idiopathic Pulmonary Fibrosis Foundation, 21301 S. Tamiami Trl, Ste 320 PMB 226, Estero, FL 33928 or to First Methodist Church Mansfield.

The family of Kenneth Wayne Black created this Life Tributes page to make it easy to share your memories.

Send flowers to the Black family.