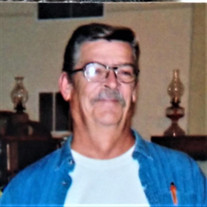 Larry Philip Greene, 71, of Mansfield, Texas, passed away Friday, August 28, 2020 in Mansfield, Texas. IN LIEU OF FLOWERS the family request that donations be made to First Baptist Church Mansfield Deaf Ministry OR Susan G. Komen Breast Cancer Donations: https://secure.info-komen.org/site/Donation2?df_id=23344&23344.donation=form1&mfc_pref=T&s_src=7013f000000DRMKAA4 Larry was born in Denton, Texas on June 4, 1949, the son of Alfred Eugene Greene and Mary Joe Baker Greene. He married Jane Justice on June 1, 1967 in Waurika, Oklahoma. Larry was preceded in death by his father, Gene, his mother Joe, as well as his brothers, Bill and Gene, Jr. Larry is survived by his wife of 53 years, Jane Greene; his children, Jeff, Tracie, and Kevin. He was blessed with 9 grandchildren, and 5 great grandchildren. He is also survived by 6 brothers, 3 sisters, not to mention the countless nieces and nephews and adopted kids. One thing is for sure, he had so much love for his family. In his life, Larry was a man of many things and due to every bit of it, he was loved entirely by so many. He had been a member of First Baptist Church of Mansfield for many years of his life and became a deacon in 1984. He obtained his G.E.D. in 1988. He was extremely dedicated to the sign language programs with the church, so much so, he took two semesters for just that in 1993 at T.C.J.C. He did the bus ministry for 25 years which goes hand in hand with the senior adult ministries that he so deeply cared for. He made two mission trips to Venezuela and had a helping hand in being a light in so many young lives. In later years, he has taught Sunday school class as well. Amongst his own battles throughout life, he held a few different scriptures dear to him that helped him overcome so much; (KJV) Colossians 4:5-6; Psalms 46:1-3; Romans 1:16; Philippians 4:4; Philippians 4:13

The family of Larry Philip Greene created this Life Tributes page to make it easy to share your memories.

Send flowers to the Greene family.