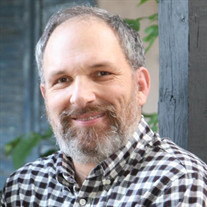 Emily Dickinson wrote, “Unable are the Loved to die for Love is Immortality…” The love shared between Larry and his family will most certainly live on for generations to come. On Monday, October 26th 2020, Larry peacefully passed at home surrounded by family. He left behind his wife, Barri, two sons, Larry and Josh, and their wives Caren and Andrea, along with his four grandchildren Claire, Caleb, Elizabeth, and Caroline. Larry is also survived by his father, Melvin Kline and wife Deborah, sisters Tammy Fulmer and Sherry Scott, and brothers, Randy and Tracy Kline. Larry is now joyfully reunited with his mother, Elizabeth Ann Kline, and grandparents, Thomas and Ethel Florence Williams, and Arthur Raymond and Myrtle Alta Kline. Larry Dale Kline was born to Elizabeth and Melvin Kline of Mansfield, Texas on July 25th 1960. He soon became the oldest of five children. In the spring of 1978 Larry graduated from Mansfield High School. After leaving high school, Larry tried his hand at different jobs; he spent time working in a pizza restaurant, flower shop, and as a machinist. He finally came to settle into his position at Home Depot, where he worked for 27 years. Larry Kline was not only a devoted husband to Barri for over 41 years, he was also a dedicated father to his two sons, and an extremely proud Papaw to his four grandchildren. Both Larry and Barri’s greatest source of joy and pride reside in their deep love for their three beautiful granddaughter’s Claire, Elizabeth, and Caroline, and their one and only grandson, Caleb. Larry was never happier – or sillier - than when he spent time with his grandchildren. Even though they would sometimes act annoyed with him, we are certain they reveled in all the love and attention he showered upon them. One of Larry’s favorite hobbies was woodworking. He used this hobby to show his love for his family, especially his grandkids. Larry built each of the baby beds that his grandbabies slept in when they came home from the hospital. He built these beds with his own two hands. We will always cherish just how much of his heart and soul he has put into each of these projects. It is incredible to think that the amazing life Larry and Barri built together, could simply be the product of a wrong number phone call. In the fall of 1978, Barri dialed the phone with the intention of reaching a friend’s boyfriend, however, she misdialed and ended up speaking with a boy she didn’t know, but who sounded like he might be kind of cute. After about a week of speaking to him on the phone, he and Barri decided to meet in person. At their first meeting sparks did not fly and Barri knew she definitely was not interested. However, she did think that his friend was pretty cute. Later that week, on October 27th, Barri and Larry had their first date. She knew right then and there that he was the one. In that moment, I can’t imagine they had any idea what kind of life and family they would go on to build together. The children and grandchildren they went on to have undoubtedly serve as evidence of their endless love and devotion. Although we are heartbroken by our loss, we find peace in knowing that Larry is finally free from pain, and that we will someday be reunited. “Love is stronger than death even though it can’t stop death. No matter how hard death tries, it can’t separate people from love. It can’t take away our memories. In the end, Life is stronger than death.” - Unknown

Emily Dickinson wrote, &#8220;Unable are the Loved to die for Love is Immortality&#8230;&#8221; The love shared between Larry and his family will most certainly live on for generations to come. On Monday, October 26th 2020, Larry peacefully... View Obituary & Service Information

Emily Dickinson wrote, “Unable are the Loved to die for Love...

Send flowers to the Kline family.