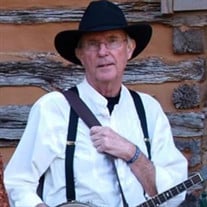 Lawrence “Larry” Hanley Lium April 25, 1942 – May 3, 2020 Lawrence “Larry” Lium, 78, beloved husband, father, grandfather (GPa), brother, and friend to many, passed away on Sunday, May 3, 2020 in Mansfield, Texas. His battle with newly discovered medical issues was just too hard. Larry was born in Minot, North Dakota to Juel and Irma Jane (Hanley) Lium. He attended Sunnyside and Washington grade school and Minot Junior and Senior High, graduating in 1960. He went on to attend Minot State College and the University of North Dakota Graduate School, majoring in Journalism/Communications. He first met the love of his life, Adell Guidinger, in junior high and they dated through high school. They married on August 1, 1964 in Minot. They had a son, Joel, born in Minot in 1967; and a daughter, Alison, born in Louisville, Kentucky in 1971. His career in Public Relations for higher education took him to Hanover, IN; Jacksonville, FL; Norman, OK (Boomer Sooner); and Ellensburg, WA. Larry and Adell both retired in 2005 and moved to Mansfield, TX to be near their daughter and granddaughter. There is peace knowing that Larry and Adell are together again. Larry was an amazing musician. Music was a huge part of his life. He was a member of a few bands in the DFW area, including Buttermilk Junction. He got to play the Old-Time American music and Irish Traditional music that he loved so much at weekend festivals and gatherings. He could play any instrument you gave him, but he especially loved the guitar, banjo and mandolin. Larry was a hard worker and a real “do-it-yourselfer.” He loved all the projects that his rental properties gave him to keep busy after retirement. He also loved golf, and his friends at Walnut Creek Country Club are considered his golf family. Sailing was another favorite hobby of Larry’s. While in Washington state, the family was fortunate to have many sailing vacations in the San Juan Islands which he truly loved. Most notable about Larry is his caring heart. He took such good care of family members, neighbors, tenants, and friends that it sometimes meant he forgot to take care of himself. Larry was an amazing man who most likely never realized how many people he has had an impact on in his lifetime. Larry is preceded in death by Adell in 2013; his brother, Jim, in 2019; and his brother, Tom, in 1996. Survivors: Son, Joel Lium; daughter, Alison and husband Ron Mendelsohn and granddaughter, Laurin Mendelsohn; brother Robert (Bob) Lium and wife Pat. Donations in Larry’s name can be made to support Parkinson’s research ( www.parkinson.org or www.michaeljfox.org )

The family of Lawrence Hanley Lium created this Life Tributes page to make it easy to share your memories.

Send flowers to the Lium family.