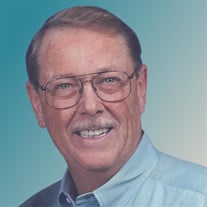 Leland Edwin Walsh, 85, of Mansfield, Texas, passed away Monday, May 2, 2022. He was born in Amarillo, Texas, November 9, 1936. Lee graduated from Price College in 1954. He was married to Margaret Phyllis Schupp on July 28, 1955, in Amarillo, Texas. Lee worked in the food service distribution industry since he was a boy working at his father’s grocery stores. He owned or managed food distribution companies in the states of California, Washington, and Texas. Lee was a 4th degree Knight and a member of the Knights of Columbus Lodge 7736 in Mansfield, as well as numerous civic and business organizations, and had a love for the game of golf. Being a devout Catholic he was very active at St. Jude Catholic Church, and he cherished and truly loved every member of his large family. Lee is preceded in death by his father and mother, William Dennis Walsh and Mary Ellis Walsh, and eight older brothers. Lee is survived by his wife, Phyllis Schupp Walsh, his five children and their spouses, Karen, Kimberly and husband Darrell, Kristin and husband Ray, Kevin, and Kelly and wife Heidi, nine grandchildren, Therese, Shivonne, Monica, Daniel, Noah, Chance, Kash, Bridgette, and Riley, and 14 great grandchildren, Anthony, Keller, Kayleigh, Willow, Kash Hunter, Kamden, Bear, Everett, W.D., Archer, Brooklyn, Charlotte, Heidi, Stella, and Dawson. In lieu of flowers memorials are suggested to the Salvation Army or the American Cancer Society.

The family of Leland Edwin Walsh created this Life Tributes page to make it easy to share your memories.

Send flowers to the Walsh family.