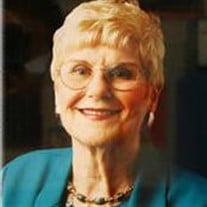 Martha Ann Vaughan Reid went home to Jesus on April 16, 2021 at age 86. Martha was born November 20, 1934 to James (Jo) and Bufford Vaughan in Paris, Texas. In her elementary years, Martha accepted Jesus Christ as her Lord and Savior. Martha earned her Bachelor’s Degree in English and a Minor in Business Administration from East Texas State University in Commerce, Texas, in 1957. She soon after married Henry Andrew Reid, a Seabee in the United States Navy. Henry’s career allowed Martha to share her passion as a teacher in Florida, Long Island, Iceland, Newfoundland, Canada, and Texas. She influenced numerable students worldwide throughout her career as a teacher and principal, ranging from elementary to high school age students. In addition to her service in education, Martha served her churches and community in every location where the family was stationed. In 1964, Martha began her influential tenure in Mansfield Independent School District as a teacher for 12 years. During this time, she earned a Master’s Degree in School Administration from Texas Woman’s University in Denton, Texas and began her Doctorate in School Administration. She transitioned to become the principal of Tarver Rendon Elementary School, serving for 21 years until her retirement in 1997. She has received numerous awards and distinctions for her exemplary service and leadership. Her legacy has shown to live far beyond the classroom as Martha Ann Vaughan Reid served as the first female principal in Mansfield Independent School District history. Martha was an advocate for the holistic well-being of each child under her care as well as their families. In 2004, Martha Reid Elementary School, now Martha Reid Leadership Academy in Mansfield, Texas was devoted to the legacy of such an incredible woman. This was the first school in the district to be dedicated to its namesake while the recipient was still living. Martha cherished the elementary school and the students in it, visiting and spending days reading to the students, among other things. Martha joins her beloved husband of 54 years, Henry Andrew, Reid in heaven. She is also preceded by her parents, Bufford and James (Jo), and her siblings, Margie Crouch, Erma Marshall, Betty Webb, Harold Vaughan, Charles Vaughan and her son-in-law, Terry Britt. Martha is survived by youngest sister, Jane Vaughan Dixon; her children, Darla Jo (Randall) Jurries, Lawrence Wayne (Cynthia) Reid, and Robyn Kaye Britt; her grandchildren, Patrick Britt, Grant (Tina) Jurries, Chris Britt, Krystin (Matthew) Colgrove, and Evan Reid. In addition, her impact on the educators and students in the Mansfield area and beyond will remain. A visitation will be held on April 19, 2021 at Retta Baptist Church from 6PM to 8PM. A memorial service will be held on April 20, 2021 at Retta Baptist Church at 10AM. In lieu of flowers and in celebration of Martha: Donations can be made to Martha Reid Leadership Academy.

The family of Martha Ann Vaughan-Reid created this Life Tributes page to make it easy to share your memories.

Send flowers to the Vaughan-Reid family.