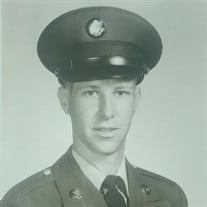 Richard Ray Mann, 74, passed away peacefully on 9/11/2021 at his home in Mansfield, TX after a long illness. He was born on April 22, 1947 at St Joseph’s Hospital in Fort Worth, TX to Shelby Gilbert Mann and Sarah Jewell (Sossomon) Mann. He was the fifth of their sixth children. He grew up in Arlington, TX and graduated from Arlington High School in 1965. He served in the US Army in Germany as a light truck driver from 1966-68, when he was honorably discharged. He married Pamela (Pam) Jo Enns on August 3, 1968 in Dallas, TX, and they made their home in Arlington, TX. They had two sons, Richard Bryan Mann (b. 1970) and Scotty Gilbert Mann (b. 1974), while resident in Arlington. In 1979, after working for several years at Interstate Batteries in Dallas, he purchased the Oklahoma City Interstate Batteries franchise and moved his young family north to Oklahoma City. He and Pam operated the business successfully until their retirement in 2002. After retirement they returned to Mansfield, TX, rejoining extended family in his beloved Texas. Richard supported the educations of his two sons, and was proud of them for earning both college and advance degrees. In his later years he was grateful for his two granddaughters, Anabel and Alia. He had a soft spot for the various cats who populated his home over the years (as well as for the occasional stray in need of a helping hand). While he valued hard work, thrift, and driving a hard bargain, he also had a fondness for functional work trucks and the 1962 Chevrolet Impala SS he rebuilt after his sons went away to college. He was blessed beyond imagination to have the unwavering love and support of his wife of 53 years, who was his caretaker until the end. He was preceded in death by his parents and his mother-in-law Marjorie and father-in-law William, his older brother Bobby and his older sister Chloe, his brother-in-law Gene, his sister-in-law Rose, his brother-in-law Floyd (through whom he met Pam), sister-in-law Barbara, and his brother-in-law David, as well as his nephew Terry. He is survived by his wife Pam, his son Ricky of Austin, TX, his son Scotty, daughter-in-law Jennifer, and granddaughters Anabel and Alia of Nashville, TN, his sisters Susie (David) and Dottie (Rex), his brother Phillip (Sheila), and his sister-in-law Nancy, as well as many nieces and nephews and their children. His family is particularly grateful for the love and support of his childhood best friend Dick Johnson and his wife Jean Ann of Arlington, as well as their many kind neighbors in the Loews Farm neighborhood of Mansfield, where he lived with Pam from 2002 until his death. He will be interred at the Dallas-Ft Worth National Cemetery at a date to be determined. In lieu of flowers, donations can be made to the tree charity of your choice – Richard nurtured a number of trees over the years, including the oak grown from an acorn at his home in Mansfield.

Richard Ray Mann, 74, passed away peacefully on 9/11/2021 at his home in Mansfield, TX after a long illness. He was born on April 22, 1947 at St Joseph&#8217;s Hospital in Fort Worth, TX to Shelby Gilbert Mann and Sarah Jewell (Sossomon) Mann.... View Obituary & Service Information

The family of Richard Ray Mann created this Life Tributes page to make it easy to share your memories.

Send flowers to the Mann family.