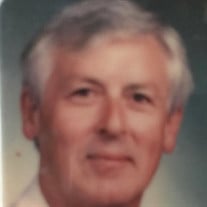 Richard Aubrey McWilliams died peacefully after a short illness on Thursday, August 06, 2021. Richard was born January 21, 1943, in Texarkana, Arkansas, to Aubrey and Dorothy McWilliams. Richard had two sisters: Sharon and Malia. He attended Texarkana High School, where he made many lifelong friends. He met his wife of fifty-five years, Judy Ballweg, at North Texas State University. The couple lived briefly in Maine and Wisconsin, before settling in Fort Worth, Texas. They had three children together. They worked actively in the field as Jehovah’s Witnesses. They also enjoyed road trips (especially in a convertible), gardening, playing cards and watching classic movies. Richard was a “jack of all trades” in that he worked professionally at innumerable jobs: grocery store clerk, postman, flight data aide for the FAA, technical writer and high school teacher. He could fix pretty much anything, from cars to fences. He loved baseball, playing with his grandchildren, telling jokes, and knew most of his neighbors personally. He is tenderly missed and survived by his wife, Judy, his three children: Shauna McWilliams (Dallas), Ian McWilliams (Dallas), Aaron McWilliams (Jacksonville, FL) and his four grandchildren: Ava McWilliams, Judd McWilliams, Jack McWilliams and Allie McWilliams (Jacksonville, FL). “And he will wipe out every tear from their eyes, and death will be no more, neither will mourning nor outcry nor pain be anymore. The former things have passed away.”-Revelation 21:4 Funeral will be virtual via ZOOM Saturday, August 14, 2021 at 3:00 PM. ZOOM ID: 852 6069 5850, Passcode: mcwilliams (all lower case)

The family of Richard Aubrey McWilliams created this Life Tributes page to make it easy to share your memories.

Send flowers to the McWilliams family.