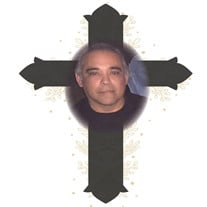 Robert Anthony “Bobby” Romero, 56, Of Mansfield Texas, formally of Abilene, Texas went home to our Heavenly Father on Saturday, January 16, 2021. Bobby was born September 14, 1964 in Norwalk, California to Raymond Y. & Alice B. Romero. He was raised in Abilene, TX, and was a graduate of Abilene High School class of 82’ where he played varsity baseball. He then continued his education to receive his Bachelor’s Degree in Accounting & Finance at Abilene Christian University in Abilene, TX. He moved to the DFW area in 1988 and began his career in accounting at Aviall. When you think of the word Dad, the first person who comes to mind is Bobby. No one fits that description better! He loved his children. They were his life from the moment they were born until he drew his last breath. Robert was honest and kind. He could always be counted on by his family and friends. Bobby was very athletic and passed his love for sports to his kids. Bobby was the life of the party, he loved to make people laugh and he thought he could dance, but he was never accepted into the breakdancing crew. Silent Bob could tell a great story, over and over. We will miss you dearly. Robert is preceded in death by his parents, Raymond Y & Alice B Romero. His brother, Candelario Romero. His Paternal Grandparents, Jesus & Adela Barrera, His Maternal grandparents, Candelario & Maria Romero and Nephew Noah Woodyard. Robert is survived by his children Maegan, Daniella, Lauren, Robert II, and Jacie Romero. His brothers Raymond B Romero (Lisa) and Michael Romero (Stephanie) and his sister, Maria A Romero (Stephen). Pallbearers: Robert Romero II, Raymond B. Romero, Marcus Romero, Raymond Romero III, Eric Romero, & Larry Gonzales. Honorary Pallbearers: Michael Romero, Timothy Davis, & Joseph Thomas & Corey Gonzales The Holy Mass of a Christian burial will be at 2pm Wednesday, January 27, 2021 at St. Jude Catholic Church with Deacon Rodney Asebedo officiating. Burial will follow at Skyvue Memorial Gardens Cemetery in Mansfield, TX directed by Blessing Funeral Home. The family will receive family and friends for the visitation/rosary from 6pm-8pm, Tuesday, January 26, 2021 at Blessing Funeral Home in Mansfield, TX.

The family of Robert Romero created this Life Tributes page to make it easy to share your memories.

Send flowers to the Romero family.