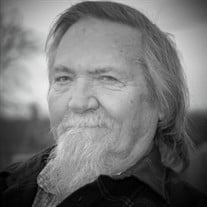 It’s with great sadness we announce the passing of Ronnie Lee (Scotty) Sprinkle at Mansfield Methodist Hospital, Mansfield Texas on November 20, 2020. Ronnie was born to Allie and Kate Sprinkle on November 3, 1939, in Fort Worth Texas. Scotty accept Jesus Christ as his Lord and Savior at a young age while attending Berean Baptist Church. Scotty graduated from Trimble Technical High School and continued his education at Tarrant County Jr. College learning elements of Civil Engineering. Scotty later joined the United States Navy serving on the USS Georgetown. After his service with the Navy, Scotty worked with Carter & Burgess Engineering and the Texas Highway Department where among his achievements were, highway design and design of DFW Airport. Scotty met Patricia Sue (Patti) McDonald through friends at the Galaxy Club later making Patti his wife. He took Patti’s children and loved them as his own. They became a family of five with his son and Patti’s son and daughter. Scotty and Patti loved to bowl. Scotty and Patti traveled to the Nation Bowling Tournament every year in May with team members and friends. These were wonderful road trips that made many happy memories. Scotty bowled with The Texas Highway League for 40 years. He only stopped after his health began to decline. Scotty also enjoyed an annual tradition of coloring Easter eggs with Granddaughter Jordan. Jordan started when she could only reach the counter by standing on a chair. This continued until Jordan was 23 years old. Only the Covid lockdown stopped them this year. He loved all his grandchildren, teaching them to drive the tractor and shoot a BB gun. Scotty also enjoyed smoking ham for Christmas and Thanksgiving which the family loved. He also loved handing out candy canes to the grandchildren every Christmas after all the presents were opened. Scotty is preceded in death by his mother and father, Allie and Kate Sprinkle, his sister, Jeanne Shumaker. Scotty is survived by his wife of 37 years, Patricia Sue (Patti) Sprinkle, children:, Brent Sprinkle, Bobby Mc Donald and wife Teresa, and Kelly Mc Donald, grandchildren:, Cody Sprinkle and wife Ariel, Stephanie Mc Donald, Jordan Wright, Colton Mc Donald, and Aiden Duran, Greatgrandchildren:, Dixie, Raiden, Ellie, and Willow. Angel of God, My guardian dear. To Whom God’s love, Commits me here. Ever this night, Be at my side. To light and guard, To rule and guide. Amen There is a 60 person occupancy limit in Blessing Colonial Chapel. Also, all persons are required to wear masks inside the chapel. Ronnie Lee (Scotty) Sprinkle's service can be viewed on video at the following link https://video.ibm.com/channel/23866912/video/2vhy2b

It&#8217;s with great sadness we announce the passing of Ronnie Lee (Scotty) Sprinkle at Mansfield Methodist Hospital, Mansfield Texas on November 20, 2020. Ronnie was born to Allie and Kate Sprinkle on November 3, 1939, in Fort Worth Texas. Scotty... View Obituary & Service Information

Ronnie Lee (Scotty) Sprinkle's service can be viewed at this link https://video.ibm.com/channel/23866912/video/2vhy2b

It’s with great sadness we announce the passing of Ronnie Lee...

Send flowers to the Sprinkle family.