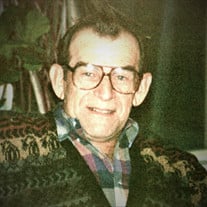 Selwyn Bayne Nash passed peacefully from this life surrounded by friends, family, and his beloved dog Sugar Bear on October 13, 2019. He was loved and admired by everyone who had the honor of knowing him. His cremated remains will be interred at Bells Chapel Cemetery in Rockett, Texas on Sunday November 17, 2019. The family only graveside service will start at 12:00 PM to be followed immediately at 1:30 PM with a Celebration of his life for all friends and family at the “Lodge on Red Oak Creek” located just down the road at 624 Bells Chapel Rd Waxahachie, Texas. RSVP to immediate family appreciated via email to [email protected] or [email protected] Selwyn or “Stook” as he was most often called by family, was born in Kilgore, Texas on March 12, 1938, the oldest son of Henry Bayne Nash and Jesse Francis Burgin. A star athlete in several sports including football and track, Selwyn graduated in 1956 from Pittsburgh High School and spent one year playing football at Texas A&M for the legendary Bear Bryant. He was married to Christine Reece in September 1957 until 1990, producing four children. A man who always worked hard for his family, Selwyn started a career in water well drilling that took him and his family from the Panhandle of Texas, to Wilcox Arizona and Houston Texas. In 1972, Selwyn and his family moved to Oran, Algeria in North Africa where Selwyn drilled high pressure gas wells for SEDCO in the Sahara desert. His oil and gas career would eventually take him to Iran, the Persian Gulf, Nigeria and Brazil. He and his family resided in Oran Algeria; Majorca, Spain; Valletta, Malta and Saó Paulo, Brazil before settling back in the Dallas-Fort Worth area. Selwyn had a second career working at Painless Performance for many years as an invaluable resource keeping all of the sophisticated equipment operational. As hobbies, Selwyn loved fishing, boating, hunting, guns and working on his backyard oasis, complete with waterfalls and a Koi pond full of fish. An animal lover, he and his wife Lynn loved and rescued many pets. Quiet and unassuming, he was very devoted to his family and extended family. Selwyn was preceded in death by his youngest son, Jeffrey Bayne Nash whose ashes will also be interred at this time beside his father; his former wife of 35 years, Minnie Christine Nash; and his parents, Henry Bayne and Jesse Francis Nash. He leaves behind his wife, Lynn Busch of Fort Worth, Texas; her son Brandon Busch of Gainesville, Texas; daughter Tamie Rene Morgan and husband Ken of Burleson, Texas; daughter Sheryl Annette Nash of Arlington, Texas; son Selwyn Jalyn “Jay” Nash of Arlington, Texas; grandsons Kenton Thomas Morgan and Hayden Reece Morgan; granddaughter Chandler Christine Nash; brother Robert Nash and wife Judy of Rowlett, Texas; brother Jerry Nash Sr. of Pantego, Texas, brother Tommy Nash and wife Jeannie of Liberty Hill, Texas; sister Rebecca Tull and husband Larry of Fruitvale, Texas and many cousins, nieces, and nephews. In lieu of flowers, donations can be made in his honor to All Star Equestrian Foundation, a therapeutic riding center where his grandson Kenton receives horse riding therapy. http://www.allstarfoundation.org/

Selwyn Bayne Nash passed peacefully from this life surrounded by friends, family, and his beloved dog Sugar Bear on October 13, 2019. He was loved and admired by everyone who had the honor of knowing him. His cremated remains will be interred... View Obituary & Service Information

The family of Selwyn Bayne Nash created this Life Tributes page to make it easy to share your memories.

Send flowers to the Nash family.