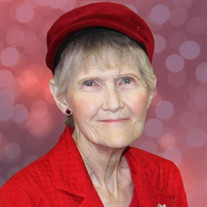 Shirley Fowkes, 75, of Fort Worth, Texas passed away Saturday, Sept. 28, 2019 at her home. She was proceeded in death by her husband and the love of her life, Bill Fowkes, her parents, Marion and Clora Maserang, her brother, Richard Maserang, and her sister, Connie Hoffman. She is survived by her 5 daughters, Ginny von Bose (Husband: Jared), Suzy Adams (Husband: Paul), Mandie McMurdie (Husband: Brian), Melinda Najera (Husband: Danny), and Missy Saunders (Husband: John), her brother, Gary Maserang (Wife: Romanda), 17 grandchildren: CJ von Bose (wife: Randi), Carrie von Bose, Kenny Adams (Wife: Texas), Tiffany Ollervides (Husband: Abe), Julianne De Hoyos (Husband: Tenok), Kile Adams (Wife: Damaris), Chrystal Ward (Husband: Jonathan), Gideon von Bose (Wife: Olivia), Anna Najera, Tommy Najera, Abby McMurdie, Ben Saunders, Carter McMurdie, Eddie Najera, Shelby Saunders, Andrew McMurdie, and Nick Saunders. 17 great grandchildren: Mary, Lisa, Amy, Jared, Carson, Kaitlyn, Evan, Luke, Bryan, Madison, Ellie, Hannah, Madeline, Amelia, Cecily, Oliver and Eliza. Shirley Fowkes was born on November 21, 1943 to Marion and Clora Maserang in Fort Worth, Texas. She attended Fort Worth Public Schools including Oaklawn, D. McRae, Glen Par, Forest Oak and Polytechnic High School, class of 1961. She was a band student and specialized in the glockenspiel. She loved being the soloist when the Poly Marching 100 played Twinkle, Twinkle Little Star. Shirley worked for the City of Forest Hill from 1963 to 1972 beginning as a police dispatcher and continuing as municipal court clerk, chief water clerk and office manager. She took on the task of converting the water billing system to computers in 1971. Shirley was gifted musically and was teaching piano lessons by the age of 12. She continued to teach lessons off and on for over 30 years. She was a PTA volunteer and was given the PTA Lifetime Achievement award for more than 20 years of service. Shirley and her husband, Bill, were foster parents for 15 years taking in teenagers, unwed mothers and newborns. She served as Director of Public Affairs for the Arlington area for The Church of Jesus Christ of Latter-day Saints for 28 years and many other leadership positions including, Relief Society President, Primary President (8 years), Young Women’s President, Junior Sunday School President and Activities Committee Chairman (17 years). Shirley was the editor of the Forest Hill News from January 1980 to January 2000, when the paper folded. The City of Forest Hill then hired her as editor of a city-supported Forest Hill News where she worked up until the time of her death. She wrote a Forest Hill historical column monthly for the Handley Herald, an insert to the Fort Worth Star-Telegram. During her time with the Forest Hill News, she attended and reported on over 900 City Council Meetings. She served on the organizing board of the Forest Hill Senior Citizen Center. She taught craft classes there for many years. Served on the Board of Directors of the Forest Hill Chamber of Commerce for about 10 years. After its incorporation into the South Tarrant Chamber of Commerce, she serve on that board for another 10 years. Shirley was one of the organizers of the Forest Hill Action Group, which provides for holiday needs in the community. Gifts and food are provided to over 200 children annually. This was a labor of love she shared with her parents, her sister, Connie and her brother, Gary. Their children and grandchildren participated as well. She served on the Sesquicentennial Committee for Forest Hill. Following the success of this endeavor, the Forest Hill Celebration Committee was formed. This committee hosts many fun activities for the city including an annual Easter Egg Hunt and a Christmas Tree Lighting with a visit from Santa. Shirley served on this committee from its beginning and was still serving at the time of her death.

Shirley Fowkes, 75, of Fort Worth, Texas passed away Saturday, Sept. 28, 2019 at her home. She was proceeded in death by her husband and the love of her life, Bill Fowkes, her parents, Marion and Clora Maserang, her brother, Richard Maserang,... View Obituary & Service Information

The family of Shirley Dawn Fowkes created this Life Tributes page to make it easy to share your memories.

Shirley Fowkes, 75, of Fort Worth, Texas passed away Saturday,...

Send flowers to the Fowkes family.