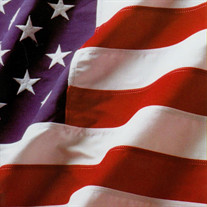 On March 9th, 2019, Stanley Ray McCarthy, 83, of Mansfield, Texas, passed away peacefully, surrounded by family. Stan was born September 7th, 1935 in Florala, Alabama to Rhetta Maxene Stanley McCarthy and Emmitt Ray McCarthy. At the young age of 13, Stan began working at the local pharmacy and soda fountain to help his now single-mother with finances. When Stan turned 17, he joined the United States Army where he was soon shipped to Korea and served in the Korean War. In Korea, he was assigned to the Signal Corp and was responsible for providing communications to the troops. After the war, Stanʼs overseas military assignments allowed him to see the world including Italy, Germany, Japan and Vietnam. Stateside assignments included Fort Gordon in Augusta, Georgia, Fort Richardson in Anchorage, Alaska and Fort Hood in Killeen, Texas. While at Fort Hood, Stan was introduced to Barbara Ann Starnes by Dwight and Pat Brown. Pat and Barbara had been best friends since elementary school in Millett, Texas. Stan and Barbara married in 1965. While stationed in Augusta, Georgia, in 1968 they were blessed with a son, Doyle Ray McCarthy. Stan was wounded during his second tour in the Vietnam War, and returned home to recover. In 1971, while stationed in Fort Bragg, North Carolina, they welcomed a daughter, Angela Denys McCarthy. After 21 years of service, in 1974, Stan retired from the U.S. Army as a First Sergeant. During his career Stan survived the Korean War, two tours in the Vietnam War, three helicopter crashes and three plane crashes. Stan was awarded several medals including the Bronze Star with Valor and the Purple Heart. Stan moved his family to Portland, Texas. This is where he began his second career with Central Power and Light, which was just across the bridge in Corpus Christi. Stan and Barbara bought a house just two blocks from Pat and Dwight Brown, and Portland quickly became home. Stan, Barbara, Doyle and Angela enjoyed life in a small town, away from the military lifestyle. Through the years, Stan and Barbara served in numerous positions with First Assembly of God Church, Cathedral of the Palms Church, and Trinity Worship Center. Stan and Barbara did a phenomenal job raising their children. Doyle was married to Melissa in 1991 and Angela to Wayne in 1994. Stan and Barbara were soon blessed with grandchildren. In December of 1995, Bryana Lee Shook was born to Wayne and Angela, and two days later, Chandler Ray McCarthy was born to Doyle and Melissa. Courtney Lauren Shook was born to Wayne and Angela in 2001. Nana and Papaw spent every moment they could with their grandchildren. They enjoyed the South Texas life until Barbara became ill in 2004. With Barbaraʼs declining health, Stan decided to move them closer to their daughter. So in 2006, they left South Texas and moved to Mansfield, Texas. Barbara passed away in 2008. Stan, still grieving Barbaraʼs passing, leaned on Pat Brown for comfort. She had lost her husband, Dwight in 2000. Stan and Patʼs relationship grew and they married in 2009. The McCarthy family of 2 children and 3 grandchildren suddenly turned into 5 children and 11 grandchildren. Stan loved God, his church, his family and friends. He also loved shopping for a “good deal” and wearing those colorful socks. He will be remembered as “Stan the Man” to many, but to Doyle and Angela, he will always be “Dad”.

The family of Stanley Ray McCarthy created this Life Tributes page to make it easy to share your memories.

Send flowers to the McCarthy family.