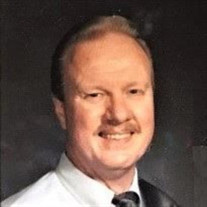 Steven Allen Teeples, 72, passed away July 15, 2020 in Mansfield, Texas. Steven was born to George Marian and Janice Elizabeth (Winterode) Teeples on January 16, 1948 in Lynwood, California. Growing up in California, Steven attended Paramount High School in Paramount, California. Steven was a veteran of the United States Army, serving with the 103rd Military Police Detachment at Fort McArthur in California from September 17, 1969 to June 16, 1971. Then, he attended Compton College in Compton, California, where he received an Associate of Arts degree. Steven was a meat-cutter by trade for 35 years. He was also a meat department manager during much of that time. He worked at various grocery stores, such as Pavilions, Vons, Pantry, and McCoys. Steven was a member of a desert turtle club, caring for ailing turtles and making them well. He was an avid ceramic turtle collector and collector of Elvis memorabilia and a huge fan of Elvis. Steven was a loving father. His two sons have fond memories of him being an amazing role model. He spent time with his wife and sons on vacation in Oregon at his wife’s parents’ 53-acre property, which had lakes, mountains, trees, and plenty of opportunities to fish, hunt, and swim. They remember special times swimming in the family swimming pool and having barbeques in the back yard of their parents’ house. They both remember their dad as demonstrating what a good man is and how to be a loving father and husband. Both remember fondly their dad’s whit and wonderful sense of humor. Steven’s sons have memories of their father’s love of going out to eat, as well as the special moments of conversations they will forever cherish. Steven also made all holidays special at the Teeples’ house. Erik has many special memories of his dad. He stated a few big memories that he wanted to mention. His dad taught Erik how to cut meat, and Erik eventually became a meat manager like his dad. Erik also remembers how proud his father was when he decided to learn Karate and was even prouder when Erik earned his black belt. Paul also has many special memories of his dad. He stated a few big memories that he wanted to mention. He will always cherish that his father taught him to drive both an automatic and manual transmission car. He also loved fishing with his dad and the fact that his dad taught him a good work ethic and how to be a good husband and father. Since the Covid-19 virus took place, he has been able to help his dad with food, medicine, walking, and showering, which allowed for special time. Carol’s special memories were seeing Steven come home each night when he was in the military and having their first baby. A few years later, they had their second child, which was a remarkable experience. Every birthday and anniversary were also very special. The anniversaries were always spent between the two of them going to dinner or attending a dinner theater. Spending time with family with vacations was always rewarding. As life progressed, having the opportunity to have grandchildren filled both of their lives with joy. The biggest thing Carol remembers was that Steven was a loving and caring man who loved her and her kids. Carol said that his family was his whole world. Steven loved his Heavenly Father. He was a member and attended Full Gospel Assembly of God and was a Christian. He served his church family as a Bible Study Leader. Steven is preceded in death by his mother, Janice, his father, George, and his brother, Ken. Steven is survived by his wife, Carol, of 52 years, his sons Paul and Erik, and his grandchildren Christian, Ian, Payton, Stephen, Presley and Steven.

Send flowers to the Teeples family.