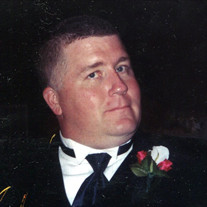 Terry “Michael” Freeman, 53, passed away January 26, 2020. Michael was born on March 28, 1966 to JL and Stella Freeman in Mauldin, South Carolina. He was the youngest of four children. On August 22, 1987, he married the love of his life, Kayla, and together they had two beautiful daughters, Haylee and Amber. He was the proud Papa of granddaughters, Brooklyn and Kinley. Michael enjoyed coaching his daughters in softball, watching wrestling, and to be surrounded by his family and friends. Michael is survived by his wife, Kayla Freeman; daughters, Haylee and Amber Freeman; mother, Stella Freeman; granddaughters, Brooklyn Beeler and Kinley Manuel; sisters, Shelby Adair and Sandy McFarland; brother-in-laws, Randy Adair and Greg McFarland; sister-in-law, Kendra Martinez; brother and sister of the heart Will and Lezlie Waller; nieces, Shannan McFarland, Angela McFarland, and Emilee McFarland; and nephews, Donald Freeman, Matthew McFarland, and Chance Waller. He was preceded in death by his father, JL Freeman; stepfather, Ervin “Bubba” Freeman; his brother, Gary Freeman; and son-in-law, Brandon Beeler. Michael will be remembered for his big heart, his love of life, and his beaming smile.

The family of Terry Michael Freeman created this Life Tributes page to make it easy to share your memories.

Send flowers to the Freeman family.