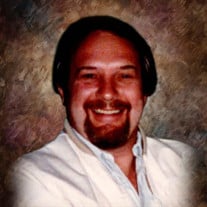 Theodore Anthony Ganser “Ted”, age 73 of Arlington, Texas went to be with the Lord on April 8, 2022, in Mansfield, Texas. He was born in Mishawaka, Indiana on April 21, 1948, to Jerome and Dorothy (Dundon) Ganser. Ted graduated from LaSalle High School in South Bend, Indiana. He was a truck driver for 37 years 24 of which he had driven with his wife Pam by his side. During all his 37 years on the road, he had driven over five million miles accident free. Ted was a charismatic practical joker who enjoyed being outside, watching 70’s television shows, listening to Paul Harvey on the radio, science and math, Chevy cars, his cat Fluffy, but most of all traveling and the freedom of being on the road. He was preceded in death by his parents and brother, Kent Ganser. Ted leaves behind to cherish his memory his loving wife, Pamela Ganser; daughter, Beth Smaltz and husband John Gongre III; grandchildren, Amanda Zwieryznski and husband Shawn, Jonathon Smaltz and fiancé Natalie; great-grandchildren, Taylor and Tatum; brothers, Jerome A. Ganser, Jr and Stanley Ganser.

The family of Theodore A. Ganser created this Life Tributes page to make it easy to share your memories.

Send flowers to the Ganser family.