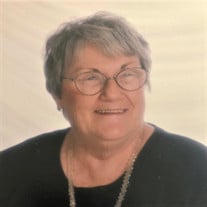 Wilma Jean (Hollingsworth) Gibbs passed through this life on March 5, 2020. She was 89 years old. Jean was born February 26, 1931 in Hume, Illinois to Henry and Bertha Hollingsworth. Jean grew up in Freelandville, Indiana and graduated from High School in 1949. She attended nursing school in Vincennes, Indiana. While there, she met and married her husband Orville Robert Gibbs. They were married June 2, 1950. Jean was a registered nurse for over fifty years. She was an amazing nurse and did her job well. She served two hospitals as Director of Nurses for over 30 years. Bob and Jean moved to Mansfield, Texas in February of 1965 from Terre Haute, Indiana. They faithfully attended Mansfield Church of Christ since 1965. Jean loved cooking, taking care of others, and gardening. She was an amazing cook, and was known for her wonderful homemade loaves of bread and rolls, which she shared with everyone. Jean retired from nursing but continued to sit with those who were homebound or needed help in their care. She always had a garden and could grow the most amazing flowers. Jean will be greatly missed, but she has left a legacy that her family will cherish. Jean is preceded in death by her husband Bob Gibbs of 46 years, as well as her parents Henry and Bertha Hollingsworth and brother, Jack. Jean is survived by her three children, Deborah Prescott, Sandy King and husband James, and Michael Gibbs. Her grandchildren Danny Chambers, Amanda Tosh, Ryan King and wife Erin, Tyler King Hinton and her husband Trent, Reyn King and wife Angela. Her sister, Mary Lou and husband Art Kixmiller, and sister Barbara Dryman. Jean leaves 10 great grand children and one that will be born at the end of March, several nieces and nephews. In lieu of flowers donations can be made to Christian Homes in Abilene, Texas. https://christianhomes.com/give-today/ There will be a graveside service on Thursday, March 12, 2020 at 4:00 p.m. at Mansfield Cemetery at the covered Pavilion.

Wilma Jean (Hollingsworth) Gibbs passed through this life on March 5, 2020. She was 89 years old. Jean was born February 26, 1931 in Hume, Illinois to Henry and Bertha Hollingsworth. Jean grew up in Freelandville, Indiana and graduated from... View Obituary & Service Information

The family of Wilma Jean Gibbs created this Life Tributes page to make it easy to share your memories.

Wilma Jean (Hollingsworth) Gibbs passed through this life on...

Send flowers to the Gibbs family.